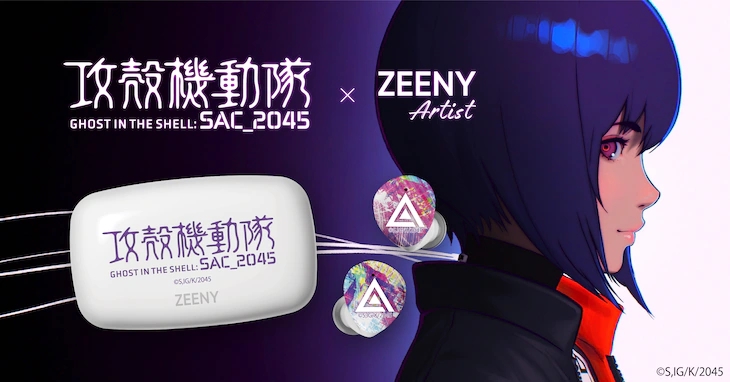 The Ghost In The Shell : SAC_2045 Netflix anime gets another merch tie in, this one with Japanese audio brand Zeeny, which has launched a pre-order campaign for a new branded paid of Bluetooth earbuds that feature wireless charging, with an optional charging pad. 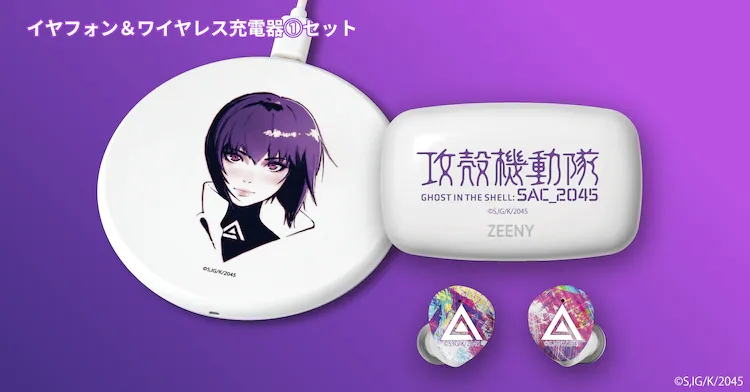 On top of branding the earbuds and charging pad with custom art, the earbuds feature newly recorded phrases by Motoko Kusanagi voice actress Atsuko Tanaka for voice guided instructions when using the earbuds, from turning them on, pairing to devices and volume control. 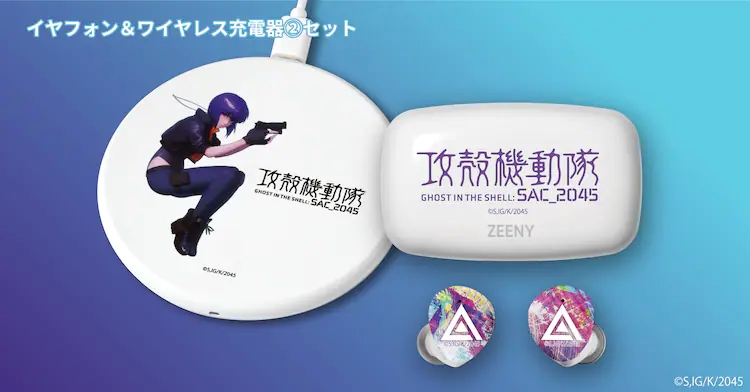 Additionally, the companion Zeeny Assistant app that manages earbud functionality on smartphones also features its own storefront, where additional voice banks for the earbuds can be downloaded and managed through the app, including a Tachikoma voice bank for an additional fee. The earbuds are available for pre-order now until August 31st with two options available, one set with a choice of charging pads, or another set without. The first wave of pre-orders are being shipped out in December in Japan.